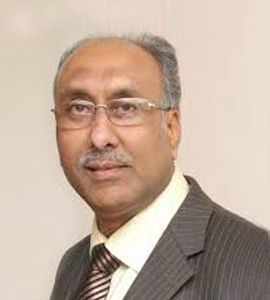 Topic : Sustainability in the Face of Disruption

Born on July 18, 1954, at Harda in the state of Madhya Pradesh, Shri S. S. Mundra began his career as a Probationary Officer in Bank of Baroda in March 1977. During a  commercial banking career spanning 37 years, he held several challenging positions including including a stint at bank’s Uganda operations and subsequently heading Bank of Baroda’s European operations (UK) before being elevated as Executive Director of Union Bank of India in September 2010 and further as Chairman of Bank of Baroda in January 2013.

Shri Mundra was appointed as the Deputy Governor of the Reserve Bank of India (RBI) on July 31, 2014 from where he retired on July 31, 2017 on completion of his term. While in RBI, his responsibilities included oversight of departments of banking, non-banking and co-operative banking supervision, financial inclusion and development, consumer education & protection, human resources and Rajbhasha. He also served as RBI’s nominee on the Financial Stability Board and its various committees. Shri Mundra was also the Vice-chair of OECD’s International Network on Financial Education (INFE).

Mr. Mundra also served as the Chairman of Committee on Financial Inclusion set up by the Indian Banks’ Association (IBA) and also served as a member of several other important committees relating to the banking and financial sector constituted by the IBA and RBI, including the Nachiket Mor Committee on Comprehensive Financial Services (CCFS) for Small Businesses and Low-Income Households.

Amity University has conferred the Degree of Doctor of Philosophy (D.Phil.), Honoris Causa, upon Shri Mundra, in recognition of his services in the field of banking and related areas.

He holds a Master’s Degree in Commerce and CAIIB. He is married to Smt. Geeta Mundra and is blessed with two daughters: Mahima, who is pursuing a career in marketing after completing her Master’s from Leeds University, UK and Paridhi, who is currently pursuing her undergraduate studies at Rhode School of Design, USA. His elder brother, Shri B. R. Mundra is settled in Pune and sisters are Jajus at Palari (Chhattisgarh), Somani at Nandura (Maharashtra), Rathi at Rajnandgaon (Chhattisgarh) and Kothari at Thane (Maharashtra). Mr. Mundra is a regular presence in various forum and functions of the Maheshwari community all over the country. He is an avid reader and a regular practitioner of yoga.